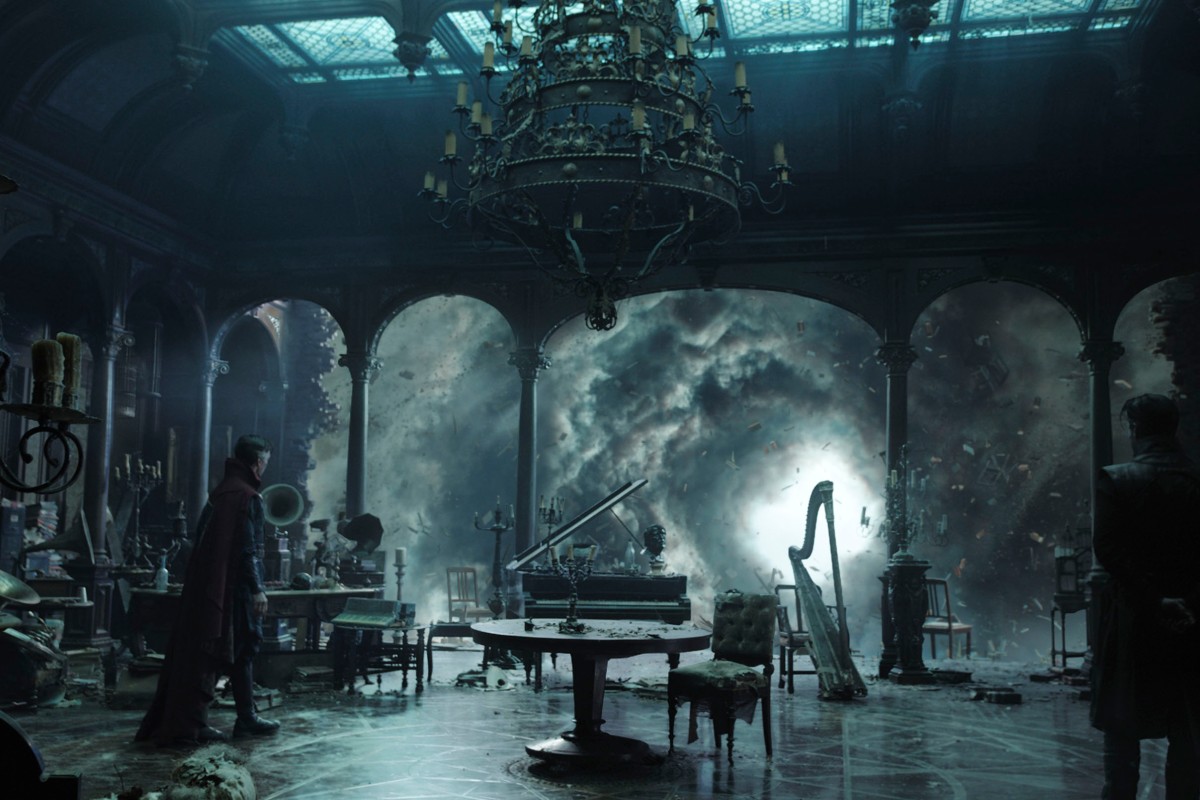 It’s a bird, it’s a plane, no, it’s a witch?… and oh look! It’s also Doctor Daddy Salt-N-Pepa Strange, back at it again with the stolen sling rings and sorcery!

In what feels like the 3,000th entry into the Marvel Cinematic Universe, especially now that we’ve all got the Television Universe to worry about, the latest movie Doctor Strange in the Multiverse of Madness at least added some good ol’ fashioned B-movie horror to the franchise. (And so you’ll have to excuse me while I make a horror-tinged comparison.) Like a haunted house, the movie is full of fun-filled surprises, genuine scares, and long dark corridors that not only the character, but the audience too, have to travel to get to the menial plot on the other side. What I’m trying to say is; that though we’ve all paid the price of admission for some twenty-odd years now, not all haunted houses are worth the price of admission. And unfortunately, the titular Multiverse lacks not in frights, entertainment, or villainy but instead coherent theming. Something akin to asking: why was the haunted house built in the first place?